Beastars (stylized in all caps) is a Japanese manga series written and illustrated by Paru Itagaki. It was serialized in Akita Shoten’s Weekly Shōnen Champion from September 2016 to October 2020, with its chapters collected in 22 tankōbon volumes. The manga is licensed for English release in North America by Viz Media.

The story takes place in a modern world of civilized, anthropomorphic animals with a cultural divide between carnivores and herbivores. The series takes its name from the in-universe title of Beastar, an individual of great talent, service, and notoriety.

An anime television series adaptation by Orange aired from October to December 2019 on Fuji TV’s +Ultra programming block. A second season aired from January to March 2021. A third and final season was announced in December 2021. The anime series is licensed by Netflix. The first season premiered outside of Japan in March 2020, and the second in July 2021.

Beastars has won multiple awards in 2018, including the 11th Manga Taishō, being the first Akita Shoten title to receive it, the New Creator Prize at the Tezuka Osamu Cultural Prize, the 42nd Kodansha Manga Award in the shōnen category and the New Face Award at the Japan Media Arts Festival.

Beastars (ビースターズ, Bīsutāzu?) is a manga series written and illustrated by Paru Itagaki and published by the Akita Shoten publishing house in the Weekly Shōnen Champion magazine from September 8, 2016 to the present, counting with 22 volumes published. This series was the winner of the 2018 Taisho Manga Prize.

Beast Complex (ビースターズ コンプレックス, Bīsuto konpurekkusu?) it is a collection of secondary stories that involve anthropomorphic animals and their problems with coexistence with different species, be it a lion, a tiger, a wolf, a bat and many more. It was the debut Manga of Paru Itagaki.

Beastars (Anime) (ビースターズ, Bīsutāzu?) an adaptation to anime was announced on February 3, the animation studio in charge is Orange. The official release date of the anime would be October 8, 2019. The international premiere of the First Season will be on March 13, 2020. The Second Season was confirmed to premiere in January 2021. 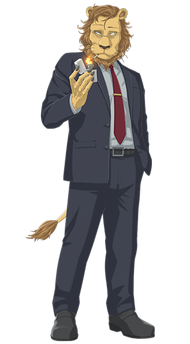 Ibuki (イブキ, Ibuki?) was sold as hyperdrug material at the age of 12, but ran away, living alone in the Black Market until he joined the Shishigumi at age 18. Ibuki is intelligent, loyal towards his boss and comrades. When it comes to Louis, Ibuki is shown to be caring and protective. However, he still knows not to overstep his boundaries as Louis’s subordinate. He also has hidden insecurities as a result of the ideology of the former boss of the Shishigumi. (Read more…)

Collaborate with this wiki!

To write an article, enter the title in the box below.
Not sure where to start?

Please, Sleep With Me

Is This Hunter For Real?

Beauty Bioggers In Another Worid

The Touch Of Your Magic